The basis of this post is a statement that I heard Harvard Professor Richard Elmore make in 2011. He claimed that

“The future of schools lies in networks rather than hierarchies, in lateral rather than vertical organisations. Networks cannot be managed the same way that hierarchies are managed. Social networking is a different way of organising.” 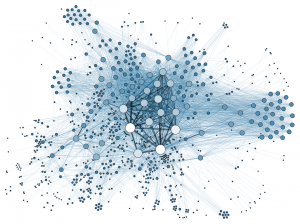 The What and Why of Networks

A paradigm shift is occurring in the way in which people are connected, moving from hierarchically arranged groups to diverse social networks. As global interconnections and complexities increase, hierarchies are being supplanted by more lateral interactions. Hierarchies require unity and coordination, whereas networks require diversity and autonomy.

Many of today’s biggest challenges come from complex ‘wicked problems’ that are ill-defined and sometimes impossible to solve. Complicated problems require a hierarchy, whereas complex problems need a more networked response. For example, when a fire crew arrives at a house fire and they are faced with a standard fire, they use standard good practice, but when they arrive at a house fire and face a fire behaving unpredictably, in a manner they have not witnessed before, a more networked response is required. Complicated problems are solved with good practice, complex problems are solved with emergent practices (Wilson, 2016).

Today’s fast and exponentially growing information currents “are like electronic grains of sand, eroding the pillars” of rigid hierarchies and top-down leadership. New connections distribute information and power, violating organisational borders and confines. Successful organisations of the future are likely to have a more adaptive, teaming network, which depends on the power of peer to peer relationships. While there is still a need for “stability, predictability and order, organisations now also need the flexibility, adaptability and innovative culture to prepare for uncertain and unpredictable futures”. More nimble, network-like structures are the key to succeeding in the face of today’s fast-moving, volatile environment and helping schools move on from the linearity of education’s outdated practices and processes. When success increasingly depends on responsiveness, what sort of design is needed to turn schools into more effective networks that can rapidly mobilise and bring new learning to action?

How Do You Lead Networks in Education?

Find the time to work on dialogue. We have much to learn from the principles of successful social organising. Network leadership is more on the ground street action than relaxed virtual action. You don’t lead by sitting in front of a computer and leadership cannot be tweeted into existence.

Foster connections. Effective network leadership encourages active networking and building diverse connections. People who link or bridge otherwise distinct groups and those who possess “the capacity to initiate and maintain ‘boundary-spanning relationships’”, have richer access to information, resources, and greater creative capability than those with a more insular network structure. These ‘border crossers’ who can access a diversity of networks are able to introduce new ideas, knowledge, and practices that can lead broad-based change. Howard Gardner refers to searchlight intelligence. That is, the capacity to connect dots between people and ideas, where others see no conceivable link. Project Zero researcher Flossie Chua talks about the need for people who are ‘hyperlinks’, linked in with many areas, not just focused on one.

Devolve decision-making to the frontline. Teachers need to be released from Stockholm syndrome. Google is saying that if you want to be managed you are unemployable. The military now uses the term “Strategic Corporal” which is the notion that leadership in complex, rapidly evolving environments devolves lower and lower down the chain of command to more effectively incorporate the latest on the ground data into decision-making. It is now time for Strategic Teachers. Design thinking is an increasingly popular problem-solving process in schools that empowers frontline teachers.

Teach people to work in teams. Collaboration is fundamental to getting things done. The strongest influence on teacher professional practice is advice from colleagues, and teachers get better by working in teams on teaching issues. However, norms of autonomy and privacy are entrenched among teachers, and the isolation of cellular classrooms discourages professional interdependence. Teachers cannot become better teachers in isolation from each other. Deeply embedded structures have to be challenged and teaching must become infused with a genuinely collegial, collaborative ethos. Amy Edmondson emphasises speaking up, listening intensely, integrating different facts and points of view, experimenting iteratively, and reflecting on ideas and actions. One of her key points is about the importance of psychological safety. Team members feel more comfortable suggesting alternatives when their leader has previously modelled that it is OK to make mistakes. A team leader’s role is to cultivate a culture that encourages risk-taking and allows teachers to question the status quo.

Become more intentional about informal learning. 80% of learning is informal and it is often left to chance. Recognise the degree of dependence on informal networks.

“Workers learn more in the coffee room than in the classroom. They discover how to do their jobs through informal learning: talking, observing others, trial-and-error, and simply working with people in the know (Cross, 2007).

Design for flexibility and responsiveness. Schools were not constructed to be fast and agile, and they were not designed for an environment where change has become the norm. Harvard Business School Professor John Kotter advocates introducing a second, more organic, agile, network-like structure that operates in concert with the hierarchy (which is still needed for reliability and efficiency) to create what he calls a “dual operating system.”

“The successful organization of the future will have two organizational structures: a Hierarchy, and a more teaming, egalitarian, and adaptive Network” (Kotter, 2014).

This new network structure is dynamic: initiatives merge and disperse as required with contributions from all parts of the organisation, liberating information from silos and the hierarchy.

Scenario plan. In an interconnected and fast-paced world, linear cause-and-effect strategic planning is rapidly losing its value. Scenario planning, which focuses on creating flexible long-term plans, is a more useful tool for responding to ongoing uncertainty. It involves people in creating stories about what might happen and then choosing from possibilities based on a preferred future. For example, St Paul’s School has completed a scenario planning project, imagining what the world will be like in 2028 when its currently youngest students will reach their final year of school. Around thirty global leaders contributed to the crafting of four scenarios, including: Tim Costello, Andy Hargreaves, Mark McCrindle, David Price, Pasi Sahlberg, and Yong Zhao.

Provide cyclical disruption of entrained thinking. Perspective shift is enabled by taking experts in one field (education) and connecting them with experts in a completely different field, in order to challenge their assumptions. This sort of disruption is best managed as “a ritual and expected process”.

Education is moving from a narrow pipeline metaphor to an incredibly diverse web of outside networks and knowledge is becoming literally inseparable from the network that enables it. Reminiscent of Ivan Illich’s learning webs, knowledge is now distributed across networks of connections, and learning consists of immersing oneself in networks by creating and sharing. The future of learning lies in networks, and networks require a new form of leadership, prioritising peer to peer relationships to build creative capacity. 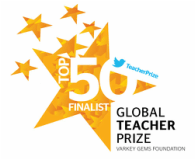 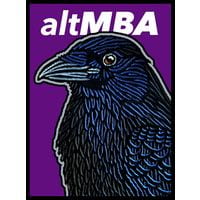